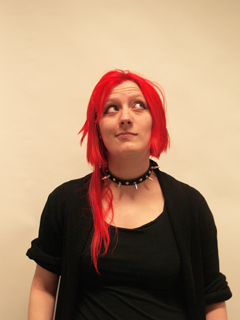 Silvie Kilgallon is a conceptual artist whose work is influenced by her academic interests in classics, ancient history, philosophy and language. Her works to date have focused on issues of textual appreciation and interpretation, gender, preservation, and identity.

Her on-going project to stitch book one of the Iliad twenty-four times can be followed on her blog.

Silvie also co-wrote Metamorphoses: Fables from Ovid with Helena Hoyle. The play has been performed several times - most recently at the Edinburgh Fringe Festival by Hecate Theatre Company